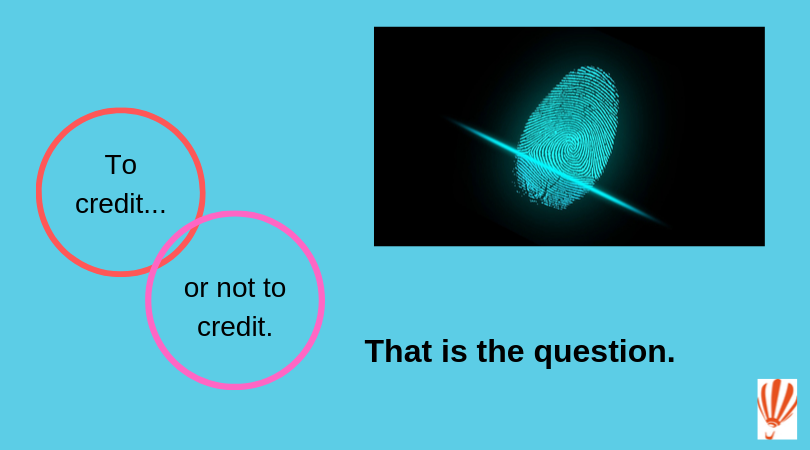 Some time ago I saw a post on LinkedIn where someone sounded outraged at the idea of translators wanting to be credited for their work. This person was a translator, so we’re not talking about someone outside the industry with no experience. The post, and the many comments that followed, made me think a lot about this issue.

Let me be clear, the person agreed that certain translations have to be credited; namely, literary works, legal documents (stamped or signed by the translator anyway), and subtitled films. The comments made it clear that this is a hot potato and, in the depths of the internet, it’s easy to find well-argued cases on both sides.

I agree that literary translators must be credited, and if possible, on the cover next to the author. A translated book, regardless of the genre, is a new work – the story belongs to the author, but the translation is a new creation in itself.

As for legal documents, whether the translator signs or stamps the translation or issues a certificate of accuracy, their name is always there. This is obviously good in case the institution or company which requires the translated document needs further clarification or just to verify.

What about marketing collateral? Is the name of the copywriter ever to be seen under a slogan or at the end of an ad or a website? Definitely not, so I guess neither should the transcreator’s.

In a way, by adding ‘translated by…’ at the end of a translation, the translators are marketing themselves, something with which I agree depending on the type of text, and provided the client has granted permission. However, in marketing and advertising, there is a brand or a concept already being sold, and the client wouldn’t be happy if the copywriter or the transcreator wanted their names as a visible part of the campaign.

And technical manuals? Have you ever seen a writer or a translator being credited at the end? I haven’t. What if there is a mistake and the company or the end customer wants to get in touch with the person who wrote or translated the text? Well, I guess the translation agency – or the company if it was a direct client – can trace back their vendors. That’s why POs, invoices, and records exist, right?

And this is also why in our Ts & Cs we must establish how long after we’ve turned in a translation we can be asked for clarifications or changes. If someone were to ask me about a catalogue or a website I translated in 2013, I must admit, all I could do is go back to my records, texts, and glossaries, but I am not sure I could account for certain details. Could you?

Maybe, as translators, we can find other ways of being credited when our name can’t be a visible part of the final text: a LinkedIn recommendation or a testimonial for our website specifying the project, a letter of recommendation that we can show potential clients if required, having a portfolio or blowing our own trumpet about a published project on social media (both after asking the client for permission), etc.

What’s your take on this matter? Do you feel you’re waiving your rights to your work when you sell your translations? If so, are you fine with it? On to you!