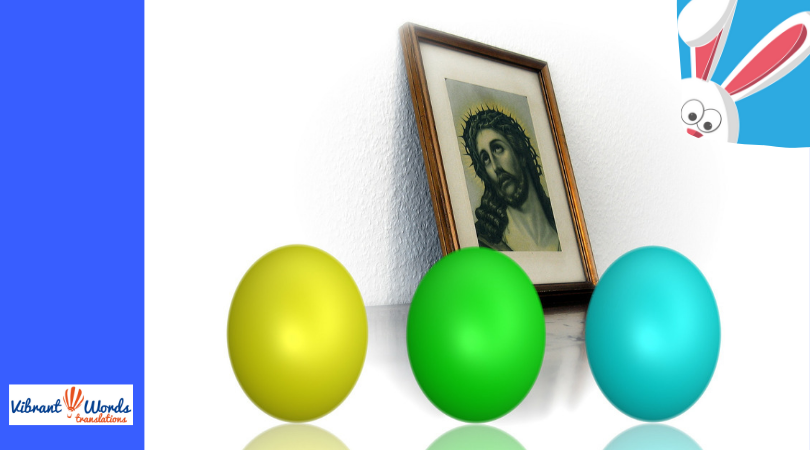 A few days ago I met some colleagues for a co-translation meeting, one of the many I hope to organise. We brought our own questions and examples so we could analyse them together and discuss possible solutions. The texts I chose to share were an example of marketing content – website copy for a well-known American brand. It had to be localised and transcreated for Spain, and although it was mostly fun and a real pleasure to work on, there were a few aspects that really made me think about how necessary adapting the content to the target culture is for the product to resonate with the local community. This great exercise made me reflect on this matter and the work I do on a daily basis, and I’ve put together a few simple examples.

The copy in question was created to sell a particular product as a gift for Father’s or Mother’s Day, Easter, weddings, birthdays and other celebrations. I’m talking about customs and traditions here, elements closely attached to people that need to be expertly adapted to create the same effect on Spaniards as they have on Americans using the US website. At the co-translation meeting, I explained my adaptations to the Spanish market while other colleagues suggested alternatives for Argentina or even for Britain, since some American customs or even home elements don’t make sense in the UK, e.g. ‘the laundry chute’, which became the ‘washing machine’ in the Spanish version since we don’t have such a fun way to send the dirty clothes to the laundry room. Another solution would have been cesto de la ropa sucia (hamper), but washing machine was shorter and didn’t require the word ‘dirty’, which sounds unappealing.

Some issues are relatively easy to fix. For example, sports and games. Describing a father in the US as a baseball fan or as the coach for the school team makes sense, but not in Spain. Here this dad would turn into a football fan and an amateur football player with his friends. In the same vein, a father who loves playing poker in the US would probably play mus in Spain, or one who helps his children with science projects (think of the handmade exploding volcanoes often shown in films and shows) would help them with homework because more Spanish children bring home heaps of homework than science projects.

What about food and meals? Using a Sunday brunch to celebrate Mother’s Day would be an epic failure in Spain if you want to sell products as gifts for this occasion. We don’t do brunch with our family, we eat it out with friends, and it’s only seeped into our culture in the last few years. Spanish clients will be more willing to give mum a gift around a homemade paella on Sunday. And no, not everyone eats paella on Sunday, but everyone would understand the cultural reference and relate to it. Food can be replaced with an equivalent. However, if it’s important to maintain the food item from the original text, then it can be subtly explained or described to ensure it’s understood; this is what we translators, localisers and transcreators call a gloss, better woven into the text than added as a translator’s note in marketing copy.

And speaking of Father’s and Mother’s Day, the date must be localised, too. In Spain, for example, Father’s Day is always on 19 March, while Mother’s Day falls on the first Sunday in May. A website which starts by describing Father’s Day as the most important event in June would confuse the Spanish audience and, guess what. Confused readers don’t trust a brand and they are less likely to buy it.

We all agreed in the co-translation group that traditions and celebrations are among the most challenging when it comes to transcreation. While working on the content for this brand, I felt a bit of a threat – cultural colonialism. I had warring feelings because, yes, I am familiar with baby showers, trick-or-treating and Easter egg hunts, but in their right context: the US. These have gained acceptance and popularity in Spain, just like cupcakes and muffins did a decade ago (forcing our delicious magdalenas to the bench as second-class players). Yet, I still can’t help feeling a bit responsible when I have to translate content to sell products for these occasions, hence pushing them into Spanish culture.

Needless to say, some cases must be brought to the client’s attention, for example the celebration of Sweet Sixteen. I told them this had to be replaced with the equivalent celebration: our coming of age or 18th birthday. Easy-peasy. Unfortunately, not everything is so straightforward.

What about Quinceañera, the 15th birthday celebration many Latin American girls dream of? It’s not totally unknown in Spain given the high number of people from Mexico, Central and South America who live in the country, but it’s not part of our culture and many people would be surprised to see it on a website targeting customers in Spain. The options were leaving it out, finding an equivalent (which we don’t have) or translating it with a gloss here or there to subtly clarify what it is. This last option is exactly what I did. Why? Because this way the website caters to a large community of non-Spaniards living and consuming in Spain, helping them preserve their customs; but also because this is a great way to learn something about other cultures for those who land on the page without previous knowledge of what the Quinceañera celebration is. In addition, the client can still offer this product in the new market, even if sales won’t be as high as in the US or Latin America.

These few examples provide a general overview of what cultural adaptation might imply and how a professional can help brands thrive in new markets with content that potential customers can relate to. If you are interested in exploring the Spanish market and getting to people’s emotions by pushing the right buttons, a professional like me can give your brand a local voice.

We use cookies to ensure that we give you the best experience on our website. If you continue to use this site we will assume that you are happy with it.OkNoRead more